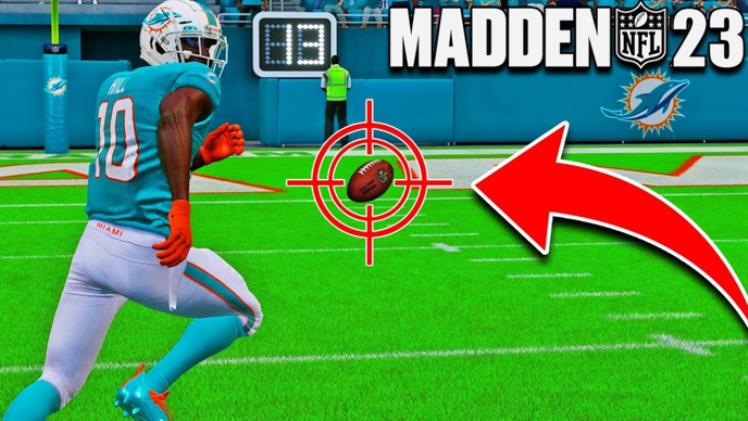 Hey guys, it’s less than two months until EA Sports releases Madden NFL 23. It brings a number of gameplay and graphical improvements that set it apart from Madden NFL 22, which is currently still in progress. When the time comes to August 19, 2022, we can enjoy the new charm of Madden NFL 23 on PS5, PS4, Xbox Series X|S, Xbox One and PC.

Who is Madden NFL 23 Cover? 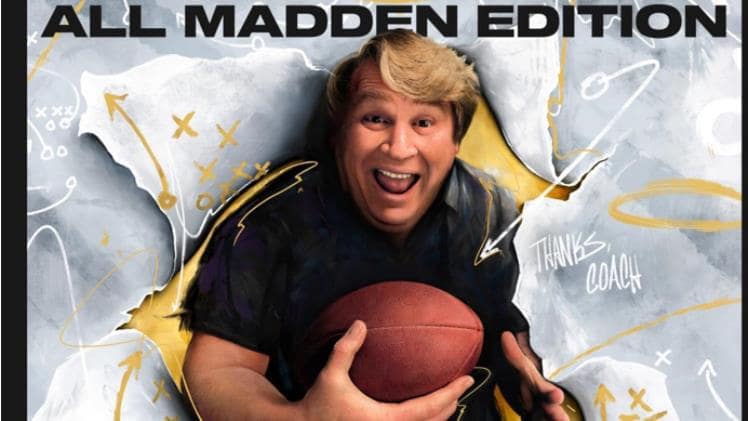 Things are a little different this year. EA Sports usually features great NFL players as Madden cover stars, but this year, Madden NFL 23 features a legendary sports announcer named John Madden. It’s a fitting tribute, since the man lent his name to the long-running video game franchise, so EA will put him center this year.

What is the price of Madden 23?

Players who want to pre-order Madden NFL 23 can now act. There are two editions available, the Standard Edition and the All-Madden Edition. However, the pre-sale price on each platform is not the same.

The Standard Edition details are as follows:

All-Madden Edition details are as follows:

No matter which platform (PS/PC/XBOX) you pre-order Madden 23 All-Madden Edition, you only need to pay $99.99. And the console version of All-Madden Edition is cross-generational, so it works on PS4/PS5 or Xbox One/Series X|S. It also includes the following digital extras:

What are Madden 23 Coins?

Madden 23 Coins is the specific name applied to the in-game currency available in Madden 23, also known as MUT 23 Coins. We can use MUT 23 Coins to buy individual cards from the in-game marketplace or buy promo packs. If players play Madden NFL 23 with only pre-order rewards and previous experience, it won’t be long before it feels difficult to progress. So everyone who wants to have more fun should prepare enough MUT Coins and learn practical guides for all aspects and master the skills well before entering Madden 23.

Unlike some other popular sports franchises, the Madden series tries to change something every year, and Madden NFL 23 promises it won’t be any different. While fans shouldn’t expect too many innovations, EA has revealed that Madden NFL 23 will bring some gameplay improvements, as well as some graphical and technical advancements. Taking these performances together, Madden 23 should provide players with a better experience than Madden 22.

Franchise mode is getting its biggest update in this year’s Madden NFL. It will feature new free agency tools and additional trade factors compared to previous iterations of the mode. PS5 and Xbox Series X|S versions of the game are getting what EA calls a ” FieldSense Gameplay System.” This includes new defensive animations such as aerial hits, tackle assists, and more. It also allows for more precise passing, better running back cutting, and more receiver release.

Madden NFL 23 has also made significant improvements to the gameplay, taking lessons from Madden 22. The new physics system, called “FieldSENSE,” is said to revolutionize the entire Madden experience. Detailed in the recent Madden NFL 23 unveiling trailer, FieldSENSE is the umbrella term used by EA to describe all the tweaks made to this entry’s gameplay, from how players move to how passing works, and what hit detection does.

Beneath this FieldSENSE definition is a subsystem called “Hit Everything”. This new physics-based tweak will track the player’s specific movements and identify the exact location of the body being hit during a collision. This obviously results in a more realistic character animation after a collision, and the way the player reacts is natural to the way it might appear in a real-life football match. For example, if a player gets hit on the shoulder, they are likely to roll sideways and roll in a specific way determined by the point of impact.

The “Skill-Based Passing” system will also be part of the new FieldSENSE mechanism. According to EA, this passing system will take advantage of new physics to make throwing and catching animations look more realistic. With skill-based passing enabled, players will use the new precision reticles and power meter to target precise and powerful passes. On top of that, the new system will also give players more control over their movements while in possession. Players can now make 360-degree cuts, turning around on the spot to avoid oncoming tackles. Alternatively, players can keep the classic version of the pass and automatically pass the ball to a teammate with the push of a button.

While FieldSENSE is undoubtedly the biggest change in Madden NFL 23, it’s only for the next-gen version, and this year’s addition brings some technical improvements. Most of Madden NFL 23’s players are being rescanned to make sure their character models are up to date, along with some popular coaches. The camera angles in the end area are also being adjusted to give the gameplay in this area a more cinematic feel. Beyond that, fans will have to wait and see what the upcoming game will have at launch.

Now, let’s wait and see Madden NFL 23 in two months! If the viewers who are watching want to get more accurate news about Madden 23, they can follow the most famous Madden service provider called GameMS.com.

This site has been around for years and has been dedicating all-round guides and cheap MUT Coins to Madden gamers. After you enter Madden NFL 23, if you come across a player card or item you want to buy but can’t satisfy yourself due to lack of MUT Coins Madden 23, you can go to GameMS.com to buy Madden 23 Coins easily with great deals and 100% safety guarantee. Interested? Check it out now!

How to make your product packaging stand out from the competition

Here what no one tells you about natural laundry detergent?